Today we decided we needed to go see some Lemurs, something we’ve been dreaming about for days, ever since we entered into Madagascar!   So we headed into the marina with our dinghy and then walked into town.   Here are some shots we saw along the way.

Boats along the way 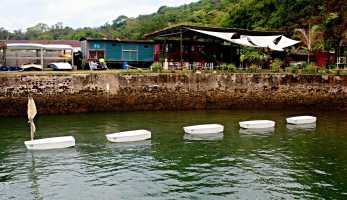 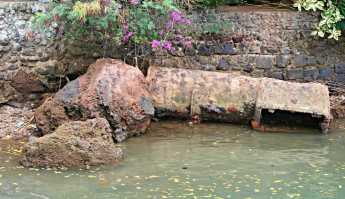 Some weird object in the water

We went to walk the 1/2 mile into town, where we could find a taxi or a collective van to go to Hellville, when Brian flags down a guy driving along the insane dirt road that takes us into town.   He was a French man who has lived here for 20 years and has a large charter boat in the harbor.

We get into town and start asking for a collective van and the driver we find tells us it’s not possible, but we must take a private car and it’s going to cost us 30,000 Aviary to get there.   We say fine and climb in his car and confirm that it’s only going to cost 30,000.  I explain to him that I speak French and I understand exactly how much 30,000 is.   He confirms again and we head on our way.   We wouldn’t have worried about it too much, but other sailors have told us that they thought it was clear what the price was, but the driver seemed to change the price on them.

Along the way I’m asking the driver questions and enjoying the sites, but I’m a little bummed that his window is broken and won’t roll down because I really enjoy taking photos out the window.   No worries.   Somewhere in the conversation we explain that we’re going to Lemurialand and asked him about getting there.   He explains that for another 20,000 Aviary, he would be willing to take us directly there and wait for us, and then the fare, would repeat on the way home.   It was more than we were told it would cost, but we would go there and back in an air-conditioned car with the same driver that we already enjoyed talking to.  We were going to have to find a Tuk-Tuk to take us from Helleville to Lemurialand and back, and then another taxi to take us back from Helleville to the Marina.    Small price to pay for the luxury of not having to worry about things.  Plus we kind of got a late start and Lemurialand was only open until 2:30 PM on Saturdays.

We got there an were taken into a reception office to await our guide.  They served us a choice of 3 different natural juices while we waited and we enjoyed watching the bright green geckos that were crawling around where the juice was offered.

Lemurialand is partly a reserve or natural zoo you could say for Lemurs, Crocodiles, and a number of other animals, and it was also a working Perfume Factory where they grew and harvested flowers from the  Ylang Ylang trees and pressed them down into perfume.  The tour included a short presentation in the factory before heading down to see the animals. 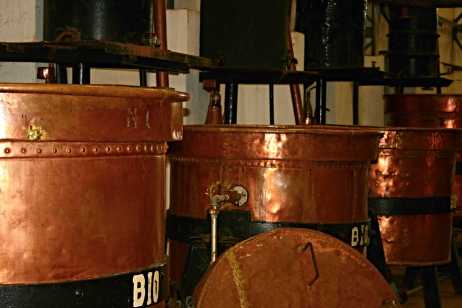 Devices used for extracting the oils from the flowers 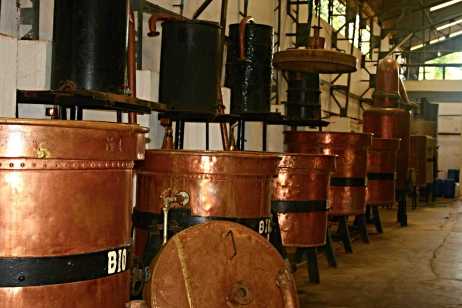 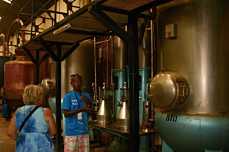 Turns the flowers into oil in this device

After the presentation we headed down into the natural area of the park and crossed a bridge, heading into where the animals were.  The first thing we saw was a bunch of Ring-tailed Lemurs that were on an island, as they didn’t seem to enjoy interacting with others very well.   They were lovely to watch and I took way too many pictures. 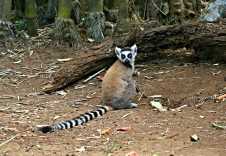 Lemurs (repeat for the rest) 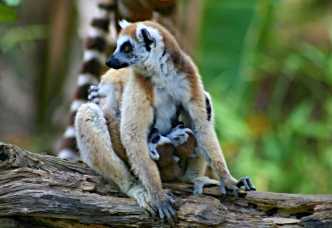 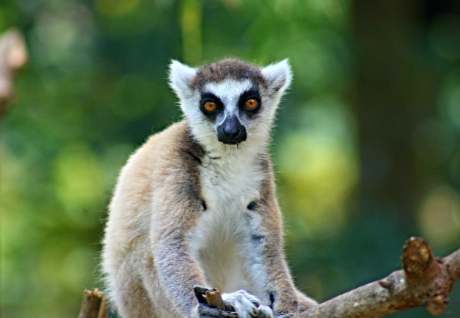 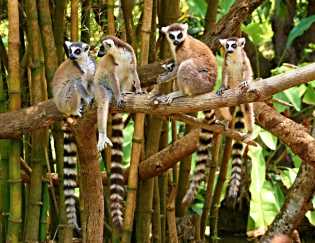 After we spent about 30 minutes with Ring-tailed Lemurs we headed into another area where there were several different kinds of Lemurs, all of them freely accessible as long as we had bananas in our hand, which our guide made sure we did.   It was one of the most pleasurable experiences to be climbed on by Lemurs and jumped on from trees.  We felt like kids in a candy store, as there were so many of them and all wanted a turn.   So much fun. 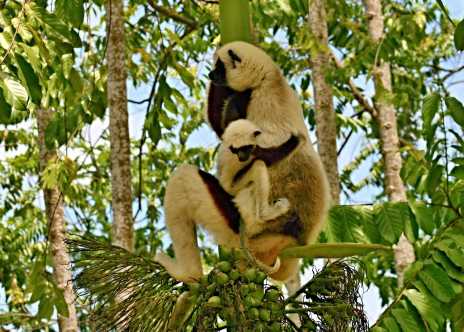 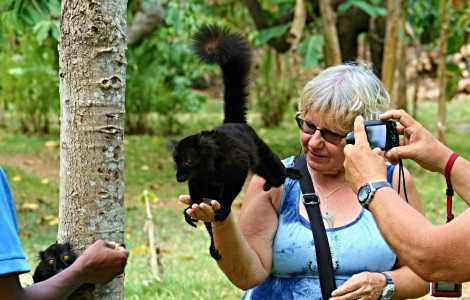 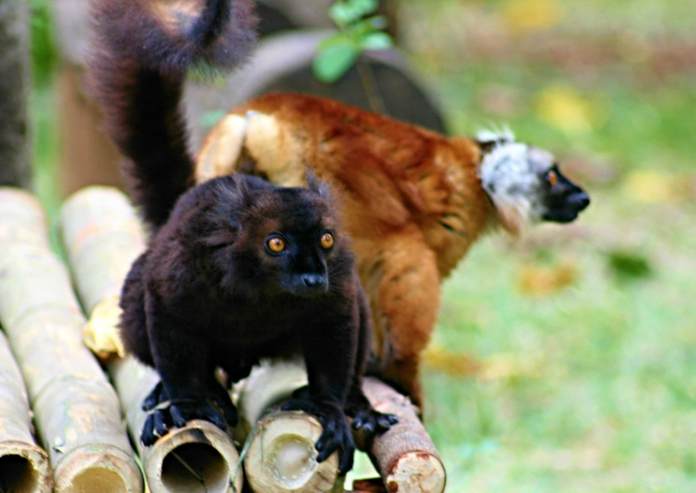 And here is a short video clip that we took feeding these crazy lemurs!

From there we went on to see Crocodiles, a snake eating a frog, some giant turtles, Napoleon being the oldest, over 200 years old, some chameleons, lizards, snakes, a tomato frog, which is apparently poisonous, and some other smaller turtles, the star turtle having the most interesting shell. 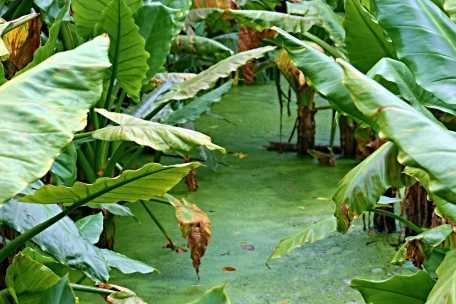 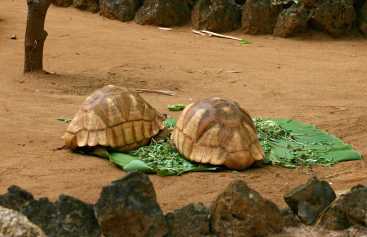 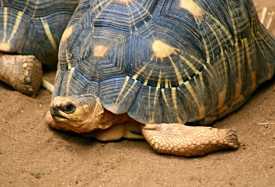 All in all it was a great adventure.  We loved the entire time there  The admission price was 45,000 Ariary, each, which is around $13 US.  The taxi ride ended up costing us 100,000 Ariary, which is around $30 US and he waited for us at the park.  And we gave a massive 20,000 Aviary tip to our guide, which is $6 US.    Honesty I would have paid the admission price just to have those Lemurs crawl all over us.   It was fantastic and they smelled good!